Skip to navigation
TIRED OF DEALING WITH THE INSURANCE COMPANY? LET US HANDLE IT 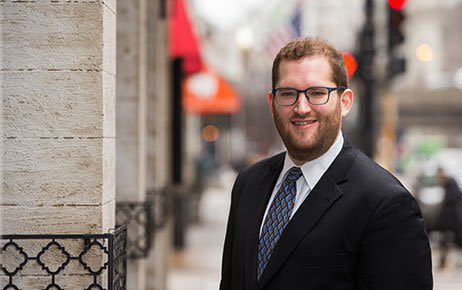 At Alberts Curran & Eiler P.C., Curran focuses his practice on helping the victims of injury and their families obtain compensation. The firm believes that multiple perspectives and collaborative efforts are essential for achieving successful outcomes in the cases that it handles. In that regard, Glenn works closely with attorneys Marc Alberts and Todd Eiler to aggressively litigate and develop strategies on behalf of the firm’s clients. Since becoming licensed to practice law, Glenn has worked with his partners to achieve millions for their clients. Curran has won favorable verdicts at jury trial in Cook and Lake Counties and has achieved numerous successful outcomes at arbitration and mediation.

Before beginning his legal career, Curran was an honors student at The John Marshall Law School in Chicago where he graduated cum laude in the top 6% of his class. During law school, Curran received a Cali Award for Excellence in the study of Civil Procedure and was heavily involved in the school’s trial advocacy program. He worked hard to establish a trial lawyer skill set through participation in mock trial competitions in multiple states and Washington, D.C. He was a finalist at the 2011 Texas Young Lawyers Association National Trial Advocacy Regional Competition, as well as a semi-finalist at the 2010 American Association for Justice Regional Student Mock Trial Competition. Curran was selected to represent his law school in a transnational trial advocacy program at the Honorable Society of the King’s Inns in Dublin, Ireland.

Curran remains involved in academic research. In 2009, he became an Associate Fellow of the Columbia College Chicago School of Liberal Arts and Sciences in the Research Group in Mind, Science & Culture. With this group, Curran researches, publishes, and speaks about the implications of evolution, neuroscience and philosophy of mind for law and the humanities An introduction to his work can be found in his paper “Affective Neuroscience and Law,” published in the Journal of Consciousness Studies, Volume 19, issue 3-4 (2012). Curran has participated in public lectures and panel discussions about the evolution of emotions, affective neuroscience, and developmental neurobiology in multiple states.